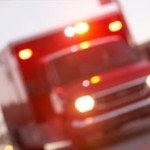 State Police say the teenage driver killed in a traffic crash Monday south of Utica had just driven the car from the Matthiessen State Park river area onto Illinois 178. A semi-truck hit the left side of the car, killing the 16-year old boy. Another 16-year old, who was a passenger, was taken to a local hospital with serious injuries. A 16-year old girl in the car suffered worse injuries and was flown to a hospital elsewhere.

The names of the teens in the car haven’t been released. State Police are still investigating the crash, and no tickets have been written.