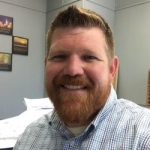 Peru Republican Jason Haskell says the state urgently needs to balance its budget. He’d like to accomplish it even while cutting the income tax by also cutting the state’s payroll. That might mean not filling jobs that people leave. But it could also mean job cuts.

Haskell started a run in the primary against Congressman Adam Kinzinger in 2017, but dropped out when his third child was on the way. He says going to Springfield will be easier on his family life than going to Washington.