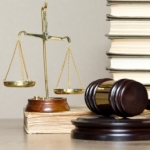 The defense for 52-year old Ken Cusick of Ottawa will begin putting on its case in his murder trial Tuesday. The prosecution rested Monday.

Forensic toxicologist Christopher Long testified Monday that Tracy Cusick’s body had a methadone level that could have been lethal, but he says not in someone who’d gotten used to using it. Long says the amount of the drug and of a compound the body breaks it down to show that she used the methadone some time before she died, and that she wasn’t a first time user. He said he was aware of nothing to refute two other experts’ conclusions that Tracy drowned.

Defense attorney Ryan Hamer zeroed in on the fact that the methadone in the woman’s body could have been lethal, at least in some people.

On the final day of their side of the case, prosecutors aimed to show that Ken Cusick wasn’t terribly upset after his wife died. State’s Attorney Karen Donnelly asked two of Tracy’s friends to recall how Ken was doing at her wake almost 15 years ago. One said he wasn’t crying. The other said he was sweating profusely.

Defense lawyer Ryan Hamer asked the witnesses if they know that different people grieve differently.
Prosecutors also questioned the same friends, trying to make something of the widower Ken having a dumpster in his driveway a few days after Tracy’s death. One said she looked in and saw the toilet Tracy died at, broken into a few pieces, bags with women’s clothing spilling out, and household knick-knacks.

After the state rested, Hamer asked for a directed verdict—where the judge throws out the case based on the prosecution having made a weak presentation and without the defense having to present its own side. That’s not an unusual request. Nor is it unusual for a judge to deny it as Judge Cynthia Raccuglia did. So jurors are to return at 9am Tuesday to begin hearing from witnesses for Ken Cusick.

Something else happened that was unusual though. While one of the friends of Tracy Cusick testified, a juror suddenly left the jury box and retreated to the jury room. After several minutes, Judge Raccuglia investigated and reported the woman had taken ill. She dismissed the juror and told an alternate he is now on the regular panel.