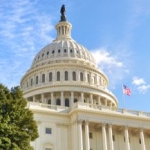 Democratic candidate Dani Brzozowski says Republican Congressman Adam Kinzinger should have been there for a vote Friday in Washington. She says the Voting Rights Act of 1965 needs an update. The Voting Rights Advancement Act is intended to do that, in line with a 2013 U.S. Supreme Court decision about the Department of Justice’s oversight of election rule changes in places where black voters faced discrimination.

The update resolution passed the House, but Kinzinger was recorded as absent. Brzozowski says it’s something Kinzinger should take seriously and the people of the 16th District deserve better.

Kinzinger believes the bill to be unconstitutional because it would federalize state and local elections and that it was written to become a campaign issue. He says he was absent during voting on it, but he points to his 98% attendance rate, which he says is among the highest in Congress.