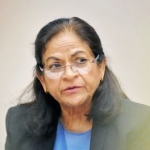 Lawyers will make their closing arguments Friday morning and jurors will begin deliberating in the murder case against 52-year old Ken Cusick. Cusick is not testifying in his murder trial.

Marks on Tracy Cusick’s forhead were discussed at the trial Thursday. Dr. Shaku Teas, the forensic pathologist testifying for the defense, says the marks were just pressure wounds from Tracy’s head resting on something—in at least one case, a ring on one of her fingers. Prosecutors say a ring on Tracy’s finger pushed into her forehead as she used her hands to try to keep Ken from forcing her face into a toilet bowl.

There seemed to be some tension as prosecutor George Mueller cross-examined her about the marks.

Teas believes Tracy Cusick died of a methadone overdose and alcohol use. So does a toxicologist, Dr. Christopher Milroy, who testified Wednesday. She also testified in support of the idea that Tracy Cusick had heartbeat irregularities that could have caused her to pass out or even suddenly die. Ken’s relatives testified earlier this week that Tracy had passed out several times.

To refute those notions, the state called Dr. Terry Love as a rebuttal witness Thursday. He testified that he was Tracy’s doctor since 1993. The last time he saw her before she died was in late 2004. He said she had never complained of heartbeat issues or fainting. Under cross-examination, Love said he wouldn’t know if those problems developed between that time and her death in January 2006.

Whether or not Tracy Cusick fainted, prosecutors hope their injury experts’ testimony persuades jurors that it’s impossible for an adult to drown in a toilet bowl without someone else making it happen. Their side says an unconscious person’s weight would settle to pull the head out of the water.