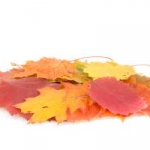 Ottawa’s yard waste dumpsters are being removed again. And this time the drop-off really will be done for the year, says Commissioner Marla Rodriguez. The last day the dumpsters will be in place in the 400 block of W. Jackson will be Friday, December 13. They’ll return in the spring.

The dumpsters were taken away less than two weeks ago, but the city decided to bring them back because a lot of people still hadn’t gotten rid of leaves, branches, and other yard waste. The weather was blamed for slowing them down.