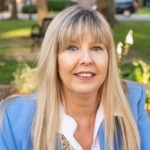 It depends on approval from the Illinois Supreme Court. Donnelly expects approval by the end of this month.

She says the holdup is because other counties are trying to get their programs approved too.

Donnelly is already looking for people who could benefit from the program.

In drug court, the focus is on treatment rather than punishment.

Donnelly says people with low level drug indictments are eligible. She doesn’t want drug dealers in the program unless the person is selling to feed their own addiction.

Each case will be evaluated separately.