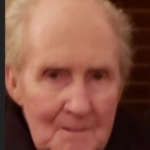 Funeral services will be at 11 a.m. on Monday, January 20, 2019 at the Mueller Funeral Home in Ottawa, with Rev. John Nordstrom, Jr., officiating. Burial will follow at Oakwood Memorial Park. Visitation will be from 9 to 11 a.m. on Monday at the funeral home.

George was born on February 21, 1939 in Ottawa to Alva and Dorothy (Smith) Warren. He married Cheryl Nielson, on April 27, 1963 in Peru. George was a combine technician for John Deere. He was a woodworker, and had his own shop where he made stage coaches and Christmas trees. George was a regular at the Hi-Way restaurant.

It could be said of George that he was born 100 years too late. His favorite pastime was watching Gun Smoke and John Wayne movies besides all the other dozens of westerns. George would often tell stories of growing up on his grandfather’s farm. The different pet animals he would raise. After his wife Cheryl passed two years ago his daily routine consisted of coffee and breakfast at the Hi-Way restaurant where he was called “Grandpa”. After breakfast he would show up around 11 a.m. at his woodshop which was located behind his daughter’s house. Where he would make wooden stage coaches and Christmas trees. Around 4 p.m., George would conveniently end his day by visiting his daughter who would be preparing the evening meal. George would never pass on dinner and would stay till arounds 6. Then George would go see what he considered his second family at the Hi-Way for coffee and dessert. He and his late wife ran a antique business for over 50 years and he was also employed by Myre John Deere.

A special thanks to his sisters Barb and Carol for the time they shared with him. Caregivers Katie and Anita who took care of him while he was at home. The C.N.A. and nurses at the Ottawa Pavilion. Mr. and Mrs. Banushi and the girls at the Hi-Way for providing a second home to him. Dr. Kahn at OSF for his gracious words and spirit he showed. Thank you all!

He was preceded in death by his parents, his wife Cheryl, on November 16, 2017, a sister in infancy, Lois Warren, and three brothers, Donald, Robert, and Howard Warren.

Pallbearers will be his grandsons and nephews.

Memorials may be directed to the PADS shelter.