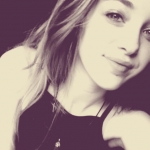 A teenage girl hit in a car-pedestrian crash on Friday in Ottawa died later that day at St. Francis Medical Center in Peoria. Emily Greenberg was 16 and lived in Ottawa. Visitation and funeral times have been tentatively set for later this week at Ottawa Funeral Home.