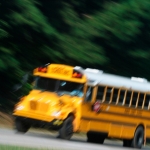 A bill proposing that students should get five excused mental health days in the school year is working its way through the Illinois Senate.

Marseilles Elementary School Supt. Brenda Donahue says the proposal is counterproductive based on what the state already requires for attendance.

Donahue thinks the state ought to stop mandating policy and let educators do their jobs.

He thinks five days is probably too short to really help anyway.

The bill is currently assigned to a Senate committee.