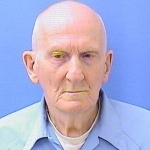 A spokeswoman for the Illinois Attorney General’s Office says no further action will be taken to prevent 80-year-old Chester Weger from being released.

The Illinois Prisoner Review Board voted in November to parole Weger, who was convicted in 1961 of killing a women and accused of killing two more, at Starved Rock State Park a year earlier.

But, the Attorney General’s Office requested a ninety-day delay so Weger could be evaluated as a potentially sexually violent person.

The evaluation found that Weger doesn’t qualify as sexually violent under the law.

The ninety-day wait period will expire next week.

Some grandchildren of the three victims, Mildred Lindquist, Lillian Oetting, and Francis Murphy, have continuously fought against Weger’s parole over the years.

Weger’s family advocated for his release. Weger confessed to the killings initially, but later recanted his confession. He has maintained his innocence.