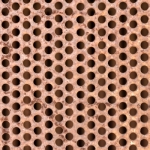 Several cities are having troubles with Pierce Manufacturing fire trucks. Ottawa is one of them. The City Council Tuesday night placed on file a resolution to join Champaign, Decatur, Normal, Bloomington, Peoria, and Charleston in a possible lawsuit against the Wisconsin firm.

Ganiere says it could cost upwards of $120,000 to repair depending on how bad the rust is–something the city won’t know until the fire truck frame is opened.

WCMY News reached out to Pierce Manufacturing and will relay its comments if we receive a reply.