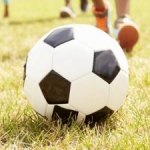 When the Ottawa Soccer League holds its first games in August, league president David VanWiggeren hopes they’ll be at the former Central School site. He says that land next to the Illinois River is flat and not used for much else right now.

Some of the age groups would bring people from out of town to downtown Ottawa.

VanWiggeren realizes the arrangement would go away if the city starts work on some other planned uses there. Mayor Eschbach says the city’s administrators will think over the proposal.