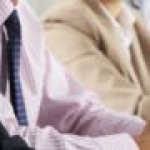 It’ll be mostly the record keepers who notice, but nine LaSalle County Board committees and commissions have ceased to exist. They served specific purposes that came up years ago—in one case three decades ago—and then weren’t needed anymore. But until County Board action this month to undo the previous action that created them, they still existed in some sense under the law.

County Board Chairman Jerry Hicks says the awkwardly named Metropolitan Exposition Auditorium and Office Building Board hasn’t been needed since the Mendota Civic Center opened in 1988.

The county 911 board Hicks was on is done with because the state changed how 911 systems are set up around Illinois just a few months ago. The Zoning Commission examined creating a county-wide zoning ordinance and hasn’t had to meet since the County Board adopted the ordinance in 2006. Another unnecessary committee is the one for joining the LaSalle County Regional Office of Education with other offices, because that was done in 2014.

One committee will come back though. It’s the redistricting committee. It draws new County Board district boundaries every ten years after the census. The next census will be in 2020.