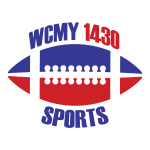 OTTAWA – Ottawa won all of three of its doubles matches to secure the meet victory.

Ellie Gallagher and Regan O’Fallon defeated Allison Bay and Mariam Sohail at No. 1 doubles, 6-0, 6-2. Bergen and Marta Johnson claimed a 6-1, 6-2 victory at No. 2 doubles over Emma Russell and Emily Tribley. At No. 3 doubles, Emily Walker and Cassie Claus teamed for a 6-1, 6-1 win over Talia Becker and Jordan Olade.

OTTAWA – Gio Resendez scored a hat trick in the loss, while Kekoa Gross and Mateo Mendez each contributed a goal and an assist for the Pirates (2-3).

SERENA – Ben Shagrue made 13 saves for the Huskers. No statistics were available for the Norsemen.

STREATOR – Grant Mascal led the Bulldogs (7-0, 4-0) with a 40 at the Eastwood Golf Course. Jacob Magana contributed a 41, Cole Holloway shot a 43 and Austin Fairall capped the scoring with a 46.

STREATOR – At the Eastwood Golf Course, Adam Jacupcak carded a 60 for the Bulldogs. Noah Colter added a 61, Tyler Mast posted a 62 and Chris Scarber contributed a 64 in the loss.

OTTAWA – Eva McCallum doubled twice and drove in three runs to lead Marquette. Gabby Hortega added two hits and two RBIs in the victory. Sophie Thompson had a double and a triple for Serena, plating two in the loss.

UNDATED – The Eagles suffered a 3-0 loss to Joliet Junior College at Rotary Park in LaSalle. Hunter Bannon made six saves in the loss.

The IVCC women were defeated by Elgin, 4-0. Ottawa alum Kapitola Van Mill made eight saves for the Lady Eagles.