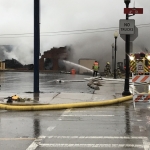 A total loss is what Peru Fire Chief Jeff King is calling a fire at Witczak Brothers Auto Repair at 701 Putnam Street in Peru on Monday.

Fire calls came in around 8:30 Monday morning. King says firefighters aggressively fought the fire until they realized it had progressed too much to save the building.

King says they had to bring in tanker trucks from neighboring fire departments to keep up with the amount of water coming from three ladder trucks. Route 6 was shut down to allow tanker trucks access. 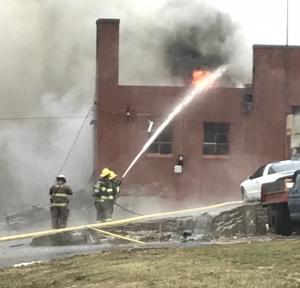 The owner was the only one in the building at the time. An oil-burning furnace is suspected to have started the blaze.

There’s no estimate yet on the cost of the damage.

People who live in the surrounding neighborhoods should expect rust in their tap water for several days.

In 2011 the Westclox building just a mile away burned on New Year’s Eve.