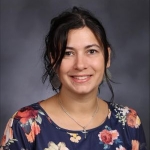 Melanie Conley, the assistant principal at Shepherd Middle School, is doing the principal’s job at Lincoln Elementary. Lincoln Principal Ryan Lemberg is on paid leave since last week for reasons the school district has not made public. How long he’ll be on paid leave and whether he’ll return to work aren’t known.

The Ottawa Elementary School District’s board met in closed session with an attorney for an hour-and-a-half Tuesday night for a personnel matter. Superintendent Cleve Threadgill said afterward that it was a confidential discussion and he would not comment. The board took no action. The school board scheduled the special meeting last week after Lemberg’s leave began.