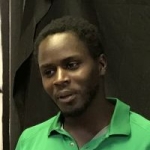 In two weeks, runner Coree Aussem-Woltering of Ottawa will be heading to Fiji for a race. It’ll be a 500-mile team trek, partly through desert and partly through jungle, unlike any race he’s ever run.

But since the team did get in, Woltering’s getting ready to enjoy what he can of the tenth other country he’ll have traveled to. Eco-Challenge will be shown on the Amazon Prime online channel early next year. He’ll have to keep quiet about how the race turns out to maintain marketable suspense for the show.

Whatever happens, Woltering says he’s not doing it to win. Instead, he’s pushing himself to find out his limits.

Woltering says when he was a younger runner, he never thought he’d run a 26-mile marathon. So, he has a history of pushing himself.

Coree Aussem-Woltering talks more about the upcoming race in this interview: