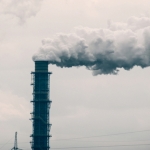 Vistra Energy is closing four coal-fueled power plants in Illinois.
The Hennepin Power Plant is among them.

An announcement Wednesday says new rules put in place by the Illinois Pollution Control Board in part led to the decision to close the plants.

However, the company says without the rule change its entire group of eight downstate plants was at risk of being shut down.
There are around sixty employees at the Hennepin plant.

Vistra Energy says closing the plants will reduce the company’s downstate emissions to be in compliance with environmental regulations.

The company still has to confirm with grid operators that closing the plants won’t cause a strain on the power system.

Carbon emissions are expected to drop by 40%.

The three other plants being closed are in Coffeen, Canton, and Havana.