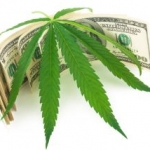 This doesn’t mean the LaSalle County Board will allow recreational cannabis sales in parts of the county outside of city limits. But the board Monday approved a 3% sales tax on such sales.

It may seem like putting the cart before the horse, but Board Chairman Jim Olson says there’s a good reason. The Illinois Department of Revenue wants to know this month which counties and cities are taxing it. Local governments can decide whether to allow or forbid the sales in areas under their jurisdictions anytime.

And even if cannabis sales aren’t allowed in rural LaSalle County, cities can set their own rules on it. The county can’t prohibit the sale inside city limits, but it can still charge a tax on it and collect the revenue. Olson says the financially challenged county wouldn’t be responsible if it didn’t look at the potential revenue source.

Board member Tom Walsh tried to persuade the board to raise the tax to 3.75%. Olson felt that since other local governments are doing 3%, so should LaSalle County to be competitive. Walsh didn’t think the extra 0.75% would push sales elsewhere.

Walsh’s move fell short of the majority required to make the change.