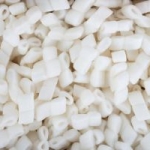 A local plastic production operation that has earned numerous workplace safety awards is being fined for pollution. In the settlement between Flint Hills Resources and the Illinois Attorney General’s Office, the company says it’s settling to avoid the cost of a long court case. The company is admitting no wrongdoing.

Attorney General Kwame Raoul’s office says Flint Hills let 56,000 pounds of styrene in a gas form into the air and more than 2,000 pounds of liquid styrene onto the ground in Peru in 2014. The agreement to settle the court case over it calls for Flint Hills to pay a fine of $850,000 and to audit its own program for checking for valve leaks.