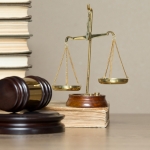 The Putnam County Public Defender caught up in a LaSalle County prostitution sting this spring is pleading guilty to battery.

A charge of solicitation of a sexual act was dropped.

Bolin will spend a year on court supervision and will pay a fine.

He’s one of nine people charged in the sting.

Just last week, Judge H. Chris Ryan ruled that surveillance used in the case of another person charged in the same sting was legal.

Bolin had filed motions to suppress similar evidence against him.