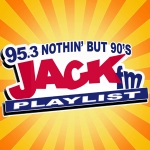 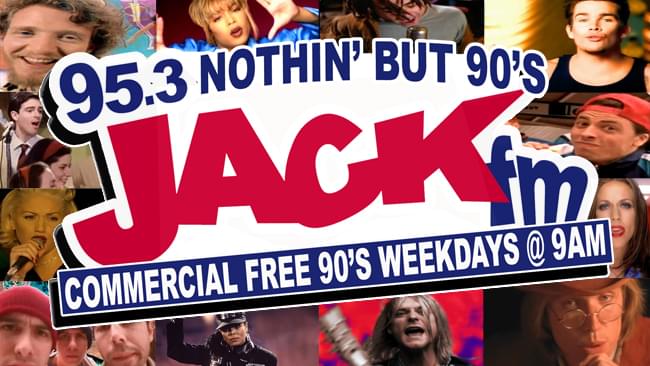 ** The full video from Hammer…when they thought he was the next Michael Jackson.  How’d that work out for him?

Today is also George Alexander’s 60th Birthday.  Here he is with some of his best moments as Costanza.

Tuesday, September 24th  sponsored by All About Personnel

** Weezer’s sophomore album Pinkerton came out on this date in 1996.  It took the album almost 20 years to go platinum.  It was hated by critics, the band and general fans.  But diehard Weezer fans and the bands they inspired kept it alive.  Many no consider it to be their masterpiece.  I’d still take the Blue album.  Read more on the crazy story of this album.

++ Nevermind was released on this date in 1991, a day that will live in musical infamy??  I mean, the album changed everything.  Notice I went with an album track today (‘On a Plain’) and not one of the massive singles.  Just like band was tired of only being known for ‘Smells Like Teen Spirit,’ us radio DJs get tired of playing it over and over again too.  If you haven’t watched their great concert/behind-the-scenes documentary, ‘Live Tonight, Sold Out,’ I strongly encourage you to.  Here’s a clip of them ‘fake playing’ Teen Spirit on Top of the Pops.

The Original Cast (Laura Dern, Sam Neill, and Jeff Goldblum) are returning for Jurassic World 3!   The man behind the entire new Jurassic World trilogy made the announcement yesterday.  It’ll be in theaters, summer 2021. He also released this short film, Battle at Big Rock  a week ago that is supposed to take place about a year after the events of Fallen Kingdom.

** All 3 songs from the Twister Soundtrack!