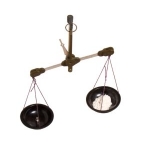 One person is on four years of conditional discharge and another is going to prison for an eight-year sentence for drug dealing charges. Sixty-seven year old Kendrix Williams pleaded guilty in early September and got the conditional discharge sentence. Thirty-four year old Casandra M. Clark pleaded guilty toward the end of last month and got the prison term. Ottawa police arrested Williams and Clark during a traffic stop in May. Clark said she had two tins of heroin, but police say they found 42 bags of it in the car.