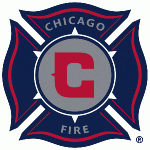 CHICAGO (AP) — The Chicago Fire soccer club is returning to Soldier Field. The team made the expected move from SeatGeek Stadium in suburban Bridgeview official at a news conference that included Chicago Mayor Lori Lightfoot. The Fire played at Soldier Field from 1998 to 2001 and again from 2003 to 2005 before moving to Bridgeview. The MLS team’s first game back at Soldier Field is scheduled for March 21 against Atlanta United.