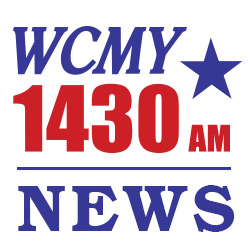 PHILADELPHIA (AP) — Carson Wentz threw for 239 yards and one touchdown, Jordan Howard ran for 82 yards and a score and the Philadelphia Eagles held on for a 22-14 victory over the Chicago Bears. The Bears had just 9 yards in the first half and trailed 19-0 before David Montgomery had a pair of 1-yard TD runs to make it a one-possession game in the fourth quarter.

PHILADELPHIA (AP) — The Bears put themselves in a 19-0 hole against the Eagles with another inept offensive performance. Chicago got it together in the second half enough to make a run at Philadelphia, but the Eagles held on to send the Bears to their fourth straight loss. Embattled quarterback Mitchell Trubisky was only 10 of 21 for 125 yards as the Bears fell to 3-5.

CHICAGO (AP) — The Cubs have exercised a $16.5 million option for next season on first baseman Anthony Rizzo and declined options on right-handers Brandon Morrow, Tony Barnette and Kendall Graveman. Rizzo agreed in 2013 to a $41 million, seven-year contract that included two club options. He would have received a $2 million buyout if the option had been declined. Morrow’s option was for $12 million, and he will receive a $3 million buyout. Barnett and Graveman both had options for $3 million.

INDIANAPOLIS (AP) — T.J. Warren scored a season-high 26 points and the short-handed Indiana Pacers beat the Chicago Bulls 108-95. The Pacers built a 13-point halftime lead behind 14 points from Warren, who had just three points in Friday’s win over Cleveland.