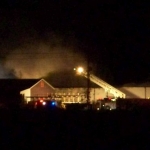 No one was hurt in a fire that burned a warehouse at Golden Rule Lumber last night. After ten o’clock, the Ottawa Fire Department called for help from about a half dozen other departments. It took until around one to get the fire under control, and the fire fighters left around three. Lumber and some vehicles were burned up. The fire fighters will return today to investigate how the fire started. The fire may have affected two other businesses. 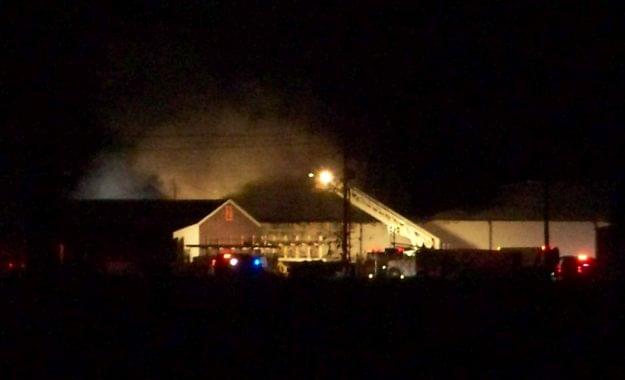