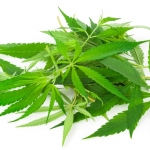 One discussion at Ottawa City Hall Thursday night was supposed to be about where to allow recreational cannabis shops. But it seemed people mostly wanted to talk about whether it’s good or bad policy for pot to be legal at all.

Former City Council member and retired police chief Dale Baxter says the war on drugs hasn’t worked, it’s time to try something different, and he likes the new policy for pot. He says alcohol is legal and it’s not a problem when people are careful with it.

Todd Volker, on the Plan Commission, would still like to ban it altogether. He thinks children will have more access to it and it will ruin their lives. He predicts other problems, too. He says cannabis tax revenues aren’t what were expected in other places, because it’s still cheaper to buy it illegally. Volker says he was in a traffic crash with a driver who was high.

The state has begun licensing shops, and those shops will soon ask for the required local licensing. Nothing has been decided for Ottawa yet. Mayor Dan Aussem wants the Plan Commission to recommend zoning for recreational cannabis sales later this month, so the City Council can adopt an ordinance update by the new year.

The meeting with the City Council and Plan Commission also covered development plans along Illinois 71 and the Illinois River.