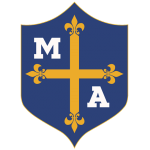 Hopkins took over the Marquette boys’ basketball program late in the 2015-16 season, and coached the Crusaders to the first of two Regional titles in his tenure. He led Marquette to a 28-3 record and a Regional crown last season, matching the second-highest win total in program history.

Hopkins will be inducted along with the rest of the 2020 class during a ceremony in May.