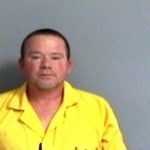 LaSalle County State’s Attorney Karen Donnelly is making the case to a jury that 52-year-old Ken Cusick of Ottawa drowned his wife Tracy in a toilet bowl back in 2006.

Cusick’s lawyer Ryan Hamer told the jury Wednesday that Tracy died of a drug overdose and that his client had nothing to do with it.

Prosecutors are calling witnesses to present evidence to support their case. When they’re done, the defense will get to call its witnesses.

So far, prosecutors called Tracy Cusick’s son who was eleven when Tracy died. He testified that he mostly stayed in his bedroom the day his mom died.

Prosecutors also heard from a neighbor who went to help with the children when Tracy was found dead and one of the first responders.

The neighbor testified that she saw water on the floor in the hallway outside the bathroom where Ken Cusick says he found Tracy kneeling in front of the toilet with her nose and mouth submerged in the water.