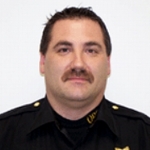 Rivara says he’s disappointed in the decision to fire Knoblauch and called it unjust and undignified.

Cullinan said in a press release that he’s appointing Sgt. Michael Padilla as chief. He says Knoblauch has been extended an offer to stay on in the police dept. as a lower rank.

He thanked Knoblauch for his service.

Knoblauch has been a police officer for thirty years. He’s been Chief of Police at Oglesby for ten.