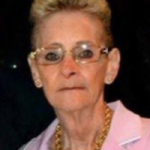 She is survived by her husband Lloyd Johnson; her daughter, Debbie Griggs; her two sons, Jeff and Curt (Susan) Johnson; grandchildren, Curtiss and Beth Johnson and Ricky Griggs; and one brother, Ronald Lilly.

Norma was preceded in death by her parents; one daughter, Elizabeth; two grandsons, David Griggs and Chad Johnson; four brothers; and two sisters.