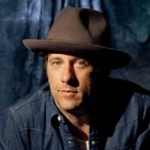 Record company people are always telling country-rock artist Will Hoge to stop being political so he can sell more music. But with 11 albums behind him and his 12th on the way, he’s satisfied with his formula. He says he has to get his feelings about big issues into his music so they’re out of the way when he writes about the other life stuff people want.

Hoge says people know what to expect from him by now, so he doesn’t believe he’s losing fans by the droves when he sings about poverty, gun control, border police, and other politically sensitive subjects. He says he performs plenty of other songs for people to like.

While Hoge is known for his country-rock sound, he’s not limited by a genre either. He grew up exposed to many musical styles from his father’s encompassing record collection.

That made him comfortable touring with punk rockers Social Distortion and recording a song with multi-style singer Sheryl Crow.

The Tangled Roots Brewing Company has booked Hoge for a show on Sunday, February 23 in downtown Ottawa. He says small venues like that are great for working out song ideas and refreshing old songs. The $35 ticket price is about as high as he likes for the cost to see his shows go. Hoge wants to be affordable so his fans can see multiple shows. He says his performances change and are a living, breathing kind of thing.

Will Hoge says more about his music in this interview:

On the web: http://www.willhoge.com
Ottawa performance tickets: https://tangledrootsbrewingco.com/event/storytellers-studio-sessions/?instance_id=1235
UPDATEThe web site accessible at that link says Will Hoge’s performance is sold out.