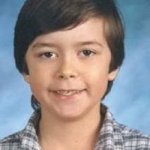 Illinois State Police say they’re not giving up on Dalton Mesarchik. The seven year old Streator boy disappeared from his family’s home on March 26, 2003. Fishers found his body in the Vermilion River the next day. Police believe someone struck the boy with a small sledge hammer.

But 2,000 leads and 500 pieces of evidence later, investigators still don’t have what they need to arrest someone. Anyone who has information, even if they think it’s unimportant or already known to police, could be eligible for a $50,000 reward. Any local police department can take the tip, or you can call 217-278-5004.