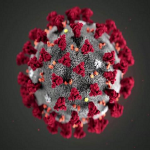 A man in his 40s and a woman in her 30s bring the LaSalle County corona virus case count to 17. The LaSalle County Health Department says the two are in isolation. The new figure was announced Wednesday afternoon.

The state also announced 1,529 confirmed new cases, bringing the Illinois statewide total so far to 15,078. There were 82 new deaths reported statewide Wednesday, for a total of 462.