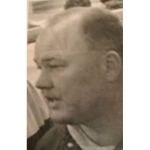 It’s in the hands of the local courts now to decide how to proceed over the firing of Ottawa High School Teacher Tim Burgess in 2015. The Illinois Supreme Court decided not to look at the Third District Appellate Court’s ruling that the OTHS board was wrong to fire Burgess.

OTHS Board President Don Harris says the district will do as directed by the court and doesn’t anticipate further legal action. Burgess was fired in 2015 over an argument that happened with other teachers during a union meeting.

The Appellate court decided witness testimony used by the board as justification for the firing wasn’t enough to fire Burgess.