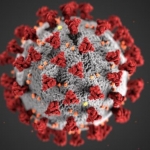 Nine more people in LaSalle County who tested positive for COVID-19 have recovered. The LaSalle County Health Department says there was just one new case to report on Friday. That puts recoveries at 94 and total cases at 160. The new case is a woman in her forties.

Illinois announced 1,156 new cases on Friday and 59 deaths. The state also announced the first animal to be sickened by the virus. The pet cat was living in a home with people who had tested positive for the virus.

The Illinois Department of Public Health says there isn’t evidence that COVID-19 can be transmitted from animals to humans, but says sick people should distance themselves from both.