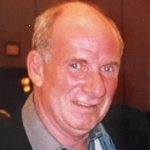 Honorary pallbearers will be Jaytin, Brayan, and Keltyn Jennings. Public visitation will be from 4:00 p.m. till 7:00 p.m. Wednesday at the funeral home with Masonic rites at 6:30 p.m.
Terry was born June 25, 1948 in Streator, the son of Theron Lloyd Jennings and Doris Rhoades. He married Jill L. Kinnison April 17, 1976 in Ottawa. Surviving are his wife, Jill; sons, Dion (Erica)
Jennings of Minooka and their children Trevyn, Rylan, Jaytin, Brayan, Keltyn, Dana (Kari) Jennings of Ottawa, and their son Isaac and Daniel Jennings of Paducah, KY; two brothers, Roger (Tina) Jennings and Gary (Marcia) Jennings, all of Bryson City, NC. And also surviving is one great grandson, Vincent.

He was preceded in death by a daughter, Tamara Williams, a brother, Gerald Jennings, and two sisters, Debbie Jennings and JoAnne Prusynski. Terry attended the First United Methodist Church and was a member of the Ottawa Masonic Lodge. He
proudly served in the United States Army completing two tours in the Vietnam War. He was retired owner and operator of Rainbow International Restoration. His business was his life and he dearly loved serving others, and making others smile.