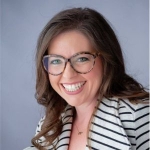 Kinzinger said in an interview with CNN Monday that the president wasn’t briefed on a report that Russia was putting bounties on U.S. troops.

Brzozowski says Kinzinger’s defense of Trump amounts to a betrayal.

Kinzinger has said that if the reports are true – Russia needs to be held accountable.