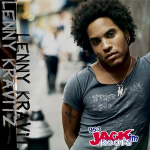 Lenny Kravitz is a great artist discuss ‘Roots’ on because Lenny is all about Roots!  He wears his influences on his sleeve, and for three decades has been providing his version of 60s/70s rock/pop and soul.  But like many artists, he stayed in his comfort zone too long.  His first 3 albums (especially Let Love Rule & Mama Said) bring the goods.  But as his career continued to be successful (numerous Grammys and sales) his sound, which once sounded fresh despite echoing sounds of the past, started to sound tired.  Be sure to listen to today’s BONUS CONTENT which begins at 9:11 including Robb’s take on something Lenny is missing that could’ve taken him to the next level.  I mean, it still could.  It’s not too late.

Can’t do a Lenny Post without some Let Love Rule!