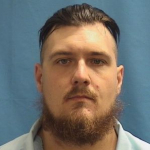 Illinois Supreme Court justices may be asked to reinstate a 30-year prison sentence for a Varna man who was convicted of fatally shooting an Oglesby man with a razor-tipped arrow. LaSalle County Public Defender Tim Cappellini said in court today, the appellate prosecutors’ office is asking to appeal a Third District Appellate Court decision that reset the case.

The appellate judges wrote that a jury should have been presented certain evidence that now 27-year old Bradley M. French killed 38-year old Joshua Scaman in self defense in 2015, even if the evidence was weak. The appellate court returned the case to Judge H. Chris Ryan for a new trial. The case isn’t on the trial schedule yet, because the process of appealing to the state’s highest court has only just begun. Otherwise, Judge Ryan may have scheduled a trial during the case update this morning.

During the murder trial, prosecutors said French drove all the way from Varna to Oglesby with a weapon to look for Scaman after Scaman had allegedly harassed a woman French knew. French’s attorneys said he defended himself in an early morning confrontation in an Illinois Valley Community College parking lot. Prosecutors contended that driving so far with a weapon destroys a self defense claim because it shows French went out looking for the trouble he found.