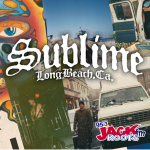 WARNING:  This episode of ROOTS may completely alter how we think and do Roots from this episode forward.  Now that that’s outta the way…I love Sublime.  They’re one of those bands I can throw on when I need to be cheered up, especially 40 oz. to Freedom.  Unfortunately, the band’s story succumbed to the fate that many other Rock bands have had to face.  Just as the band was about to release their Self-titled, Major Label debut, the creative and driving force of the band, Bradley Nowell died of a heroin overdose.  His struggled are well documented, and play out partly in this documentary about his friend and Sublime hype-man.  But for this episode of Roots, we chose to focus on the music, and how innovative Brad was with interpolating others music and making it into his own.  Shout out to friend of the show, Ottawa native, Chris Gelbuda for research help! AUDIO BONUS CONTENT at 10:18 including a continuation of our chat on flutist/floutist?, the complete re-sequencing of Sublime for the 10th anniversary re-issue, what Sublime would sound like if Bradley was still alive, and what about Sublime w/Rome?

Sublime like many other bands, got their big break by having a song played on LA station KROQ.  Here’s some crazy footage from their appearance at the station’s Weenie Roast festival where Sublime copied their backstage passes to get their entire entourage backstage.  Whoever posted the video interspersed clips from the set during one song.

And DJ Funktual who breaks down hip-hop samples for everyone online did a great job of breaking down the songs Sublime used/interpolated.  A cool series of videos.  For more on his stuff on Sublime, watch the video below or click here.

Next episode: Queens of the Stone Age!