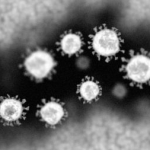 The LaSalle County Health Department announced 16 new COVID-19 cases Friday, bringing the total to 483. Three new recoveries were also announced for a total of 249. The recovery rate is also down to 51.3 percent.

CORRECTION: An earlier version of this story referred to 49,000 deaths in one day instead of tests.