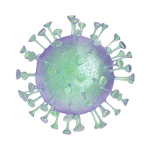 LaSalle County reported one additional death due to COVID-19 Tuesday. The county health department says a total of 21 people have died due to the coronavirus. In addition, 22 new cases were also announced for a total of 579 so far.

Seven new recoveries were also announced, bringing the total to 266.

The state also announced that 42,000 tests were performed in a single day. The week-long test positivity rate is at 3.9 percent.