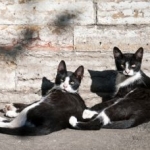 Owning a cat is now regulated in the city of Ottawa. A new ordinance the City Council approved Tuesday night says you can have up to five cats on your property, except for when there’s a new litter up to six months old. If your cat goes off your property, it’s supposed to be leashed. City Attorney Christina Cantlin says the city isn’t going to crack down on everyone who owns a cat and lets it roam, although that is against the ordinance.

Mayor Dan Aussem says the intent is to cut down on cats defecating in other people’s yards or being a nuisance in other ways. The changes added to the city code specifically require cleaning up feces an animal leaves on someone else’s property, not allowing pet odors to bother the neighbors, the limit of five animals, and the leash requirement.

Also, someone who feeds the animals or lets them stay on his or her property will be considered their custodian. So feeding the neighborhood strays while claiming not to own them can still mean a visit to city court and a fine of $75.