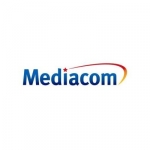 Around 340,000 Mediacom internet customers didn’t have service Monday afternoon because of the wind storm tearing through Iowa, Illinois, and Indiana. That number was down to 160,000 Wednesday morning. Spokeswoman Phyllis Peters says for the most part, it’s coming back as soon as the electricity is on again.

Peters says technicians can see which modems are active and are investigating when they find some that aren’t. But power companies go into neighborhoods to fix their problems first, so if you have electricity but no internet, you may have to wait.

Peters says it’s also possible for Mediacom cable TV to work while the internet is down, and vice-versa. That’s because the internet data is routed differently than the TV signals.

Peters says restoring internet in Iowa wasn’t as easy. The wind tore up the main and backup lines. Temporary fiber-optic lines were placed to restore service by Wednesday morning.