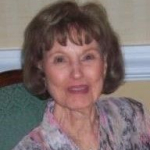 Dorothy Karr, 93, of Boca Raton, FL, formerly of Ottawa, passed away on Friday, September 4, 2020 at Hospice by the Sea in Boca Raton.

A graveside service will be held at 11:30 a.m. on Saturday, September 12, 2020 at Stavanger Cemetery, with Rev. Philip Peterson, Pastor of Stavanger Lutheran Church, officiating. Visitation will be from 10 to 11 a.m. on Saturday, at the Mueller Funeral Home in Ottawa.

Dorothy was born on December 13, 1926 in Ottawa to Frederick and Olive (Anderson) Kohrt. She attended St. Olaf College in Northfield, MN. Dorothy married Guy A. Karr on January 18, 1986 in Pompano Beach, FL. He passed away on December 25, 2007. She was the former Miss Illinois, 1943, and chairman of the Milwaukee Society of Models. She married John H. Westerhoff III in August of 1946 with whom she had three children, John H. Westerhoff IV, David O. Westerhoff, and Nanci C. Westerhoff.

In lieu of flowers a memorial may be directed to the charitable organization of the donor’s choice.