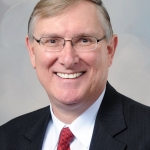 Four Republican Illinois State Senators say the governor is putting unemployed people at a disadvantage. A new federal program under the Lost Wages Act provides for an extra $300 per week to people out of work because of the coronavirus. Sens. Brian Stewart of the 90th District, Don DeWitte of the 33rd, Jil Tracy of the 47th, and Chuck Weaver of the 37th say Gov. Pritzker’s procrastination in applying for the funds is a problem.

The Senators, in an opinion piece they co-signed, say $44 billion is being given to states on a first come first serve basis. They say not applying for it until late in the game means Illinoisans are at risk of not getting much of it. The state was approved to be in the program though.

The text of their opinion piece is below:

Unemployed Illinoisans are at a disadvantage when it comes to federal unemployment dollars, and they have the Governor to blame for it simply because he decided to play politics with the federal government rather than secure funds through the Lost Wages Act. This new federal program provides an additional $300 a week to those who have experienced a COVID-19 related job loss.

There is a total of up to $44 billion available in the program, which is up for grabs by the states on a first-come-first-served basis. However, amid the bickering, the Governor’s Administration failed to promptly apply to the program and as a result, Illinois was only approved last week. Not only did the Governor’s procrastination put Illinoisans behind those in other states who are receiving payments, but they are now left to also wait for an undetermined amount of time on the troubled Illinois Department of Employment Security (IDES) to issue these payments. Even then, it is unknown how long these payments will last.
For someone who often says he is looking out for our most vulnerable, this is quite the contradiction.

While in the midst of the Governor’s feud with the federal government over this program, here in Illinois we continue to see our own unemployment system in shambles and unable to meet our constituents’ needs.

We are six months into the pandemic and “call backs” at the Illinois Department of Employment Security either aren’t happening or take several weeks, staff isn’t properly trained to handle the issues, or the calls that do get answered are unproductive and solve little to nothing, leaving families wondering how to pay the bills and put food on the table.

Despite months of pleas from legislators all around the state, things have yet to improve and our constituents are fed up. The lack of response by the Administration is unacceptable.

While all these issues within IDES remain here in Illinois, it seems quite hypocritical for the Governor to poke holes and critique the federal government when his own department continues to operate in a state of dysfunction. Illinois hasn’t even been able to properly handle getting the first-round of federal benefits out of the door, yet the Governor has the audacity to complain about the way the federal government is providing the second round of benefits.

The irony of it all may seem comical, but we can assure you it isn’t for the thousands of Illinoisans who are relying on these benefits to make it from day to day.

Enough of the political games, Governor. Real lives are being impacted.