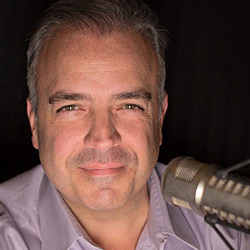 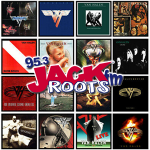 Eddie Van Halen changed popular music and the guitar.  He never learned how to read music.  He once told Rolling Stone, “I don’t know sh*t about scales or music theory.  All I know is that rock & roll guitar, like blues guitar, should be melody, speed, and taste, but more important, it should have emotion. I just want my guitar playing to make people feel something: happy, sad, even horny.”  It made us feel all of that, and so much more.  In one of the greatest compliments I could ever give to a guitarist, he single-handedly ruined the extended guitar solo section of the concert.  Think about it…ever since he scorched acetate and eardrums alike with his crazy finger taps on ‘Eruption,’ every other up and coming guitarist on the planet tried to play ‘Eruption’ as well during their guitar solo section of a show, but NONE of them could match the power, flare, and authority that EVH brought.  R.I.P. to one of the all-time greats.

As far as this episode, Robb and I were still in the early goings of Roots so this might not sound as crisp as some of our most recent efforts.  I don’t think I started putting episodes online until November of 2018.  This is from May 31, 2018.  I’m just glad I was recording them to share at some point!  If we were to do a new episode today on Van Halen, it would be dominated by the legacy of EVH.  But this is an overall Van Halen roots, complete with which is the superior version of Van Halen, DLR era, or Van Hagar?

And here’s a few other of my favorites:

That last song is partially about Kurt Cobain.