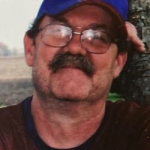 Ottawa Funeral Home & Crematory has been entrusted with cremation rites. He will be buried at Ottawa Avenue Cemetery.

Richard was born June 10, 1951 in Aurora to William and Velma (Koester) Du Fau. He retired from Grant Packaging after more than 30 years. He loved dogs and enjoyed fishing, bowling, and listening to music, especially Elton John and Led Zeppelin.

He is survived by his nieces, Renee (Jerry) Moritz of Streator and Snow Du Fau of Australia; nephew, Bill Du Fau of Arkansas; great-nieces and great-nephews, Shea, Zachary, and Jaelyn Moritz; and many other nieces and nephews. He was preceded in death by his parents and three brothers, Donald, John, and Robert.